I found the  solution to my predicament about how I could  photograph in northern South Australia. I could do  a camel trek with  experienced cameliers. The camels would carry the swag, food and water,  we would do the walking and the cameleers would guide us through the remote, semi-arid landscape.  So we booked a 12 day walk  as part of a party of six  starting on June 19th and finishing on July 2nd.   The trek started from  near Arkaroola and it  finished at  Mt Hopeless, reputed to be the northern edge of the Flinders Ranges.  The group included 3 friends from Suzanne’s Heysen Trail walking group.

We left the stormy winter weather at Encounter Bay on the southern coast of  the Fleurieu Peninsula,  and drove  up to Alpana Station near Blinman. We  arriving  in the late afternoon  and stayed overnight in the shearers quarters.  This  gave me an hour or so for a bit of photography wandering around the station  before dinner in the North Blinman Hotel. I had no time to explore Blinman itself,  to check out the Blinman mine,  or scope the fascinating landscape around Blinman. 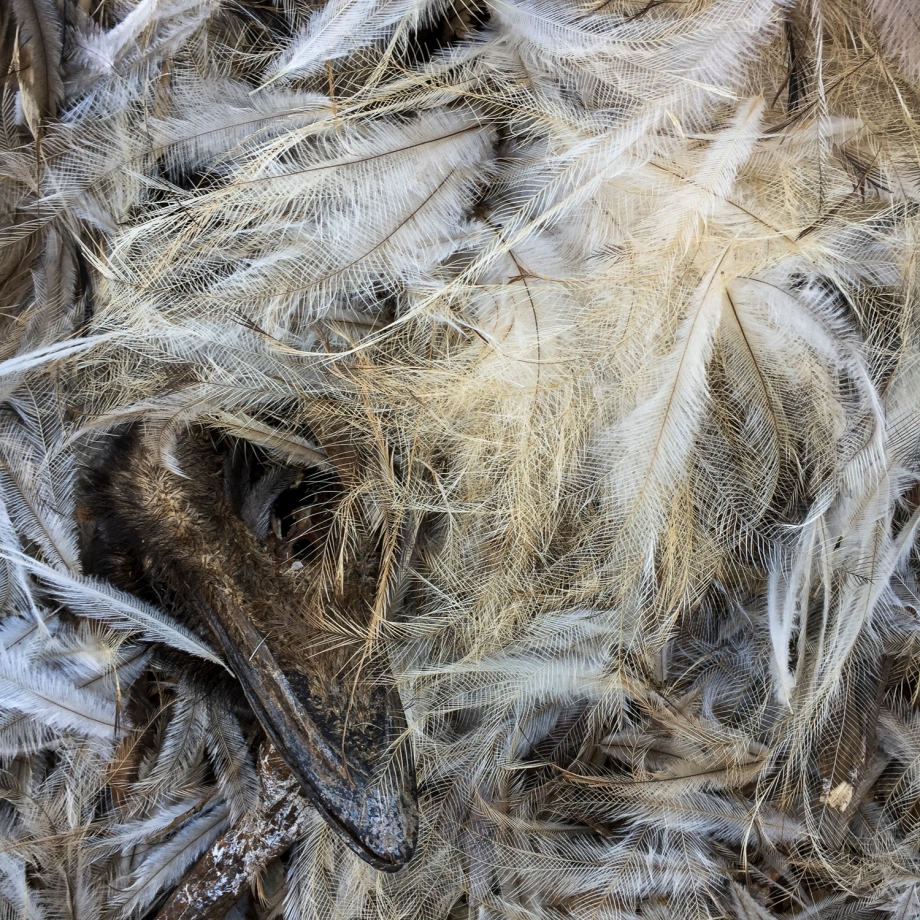 I had a digital camera–the Sony a7R111– and two film cameras–a Leica M4-P and a Rolleiflex TLR. I decided against taking a carbon fibre tripod to use with  the Rolleiflex, as the Sony  has good low light capabilities and can be handheld in low light.   This was to be a trial  run to see if my body  could handle the walking  for 12 days, and whether or not I could do any  photography. I considered using large format (ie., taking the 5×4 Linhof Technika IV) to be over the top.  I understood that as everything centred around the 12 camels–the pace, the camp site,  where to walk, and the loading and unloading of the camels  each day— this might allow some time for photography.

The following morning was frosty, the water pipes were frozen,  and so  there was no hot water to have the last shower before setting off on the trek. I had around  30  minutes or so for photography in the early morning light before we driving  to the home of the camel trek near Blinman. We had to be there by 8am.

We left our cars there and climbed into the 2 Alpana 4 wheel drives to be transported to meet the camels. We drive through Parachilna Gorge, turned right at the Prairie Hotel,  then north along the  the  B83 to Copley, a quick coffee at the Quandong Cafe before turning east to Mt  Serle,  then through the Operation Flinders region at Yankaninna Station, then we went north.    That party of the 1st leg  had completed the trek from  Blinman to Arkaroola in 15 days walking,  and they had made their  camp west of Arkaroola –at Bend Well on Umberatana Station.   They were  then driven back to Blinman by Dave and Sally Henery, the owners of Alpana Station,  late that afternoon whilst we camped the night at Bend Well. We would then walk north  for 12 days into the interior of the continent–the site of the early explorer’s mythical inland sea.

We were just west of the northern point of the  Gammon Ranges National Park. We had a couple of hours before dark  to wander around the overgrazed,  minimal  rainfall landscape consisting  of low hills, clumps of rocks, stoney ground, tufts of dry grass, erosion from the over grazing by the pastoralists since European settlement,  lots of dead kangaroo bodies, plenty of evidence of European  rabbits and feral goats,  and scatterings of the prickly wattle (acacia victoriae). The latter is conventionally seen as unpalatable,   yet it is prime camel food. There was plenty of it here,  hence the night camp at Bend Well. 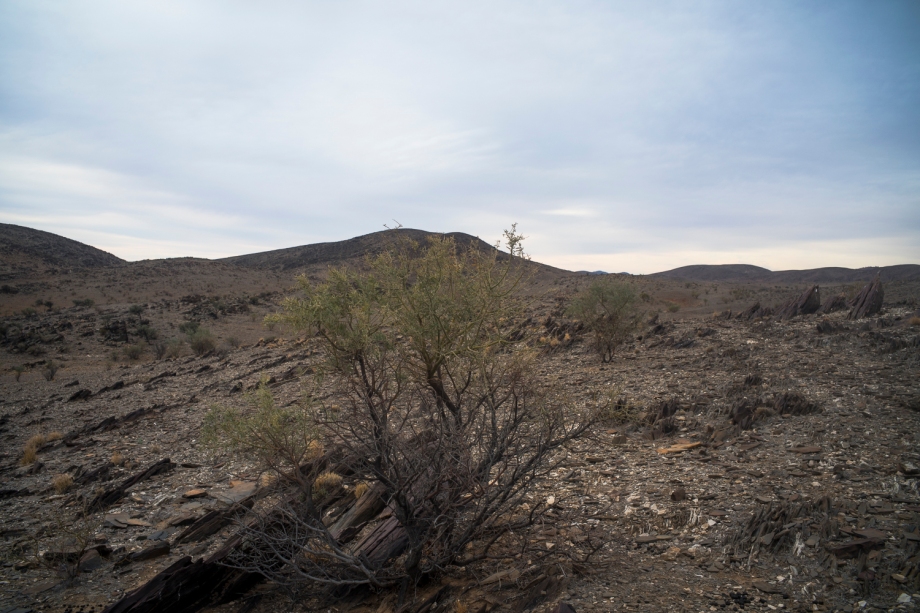 The northern Flinders is  the country of the   traditional  Adnyamathanha owners, who had been  dispossessed from  their land by Europeans from 1851, regaining  native title in 2009    over about 41,000 square kilometres (16,000 sq mi) running east from the edge of Lake Torrens, through the northern Flinders Ranges.

I had never been in this country of  the Northern Flinders before. I found the landscape  to be old, very dry and degraded from a history of unsustainable grazing, and so very  different from the panoramic  National Geographic representations of the sunlight jagged Flinders Ranges, which   have become  as central to the tourist industry as their  postcards of giant river red gums in red rocky gorges. This landscape indicated that the pastoralists were not the best environmentalists or conservationists.  I struggled to  find little signs  of allowing the country’s vegetation  to recover,  or of the regeneration of native vegetation. 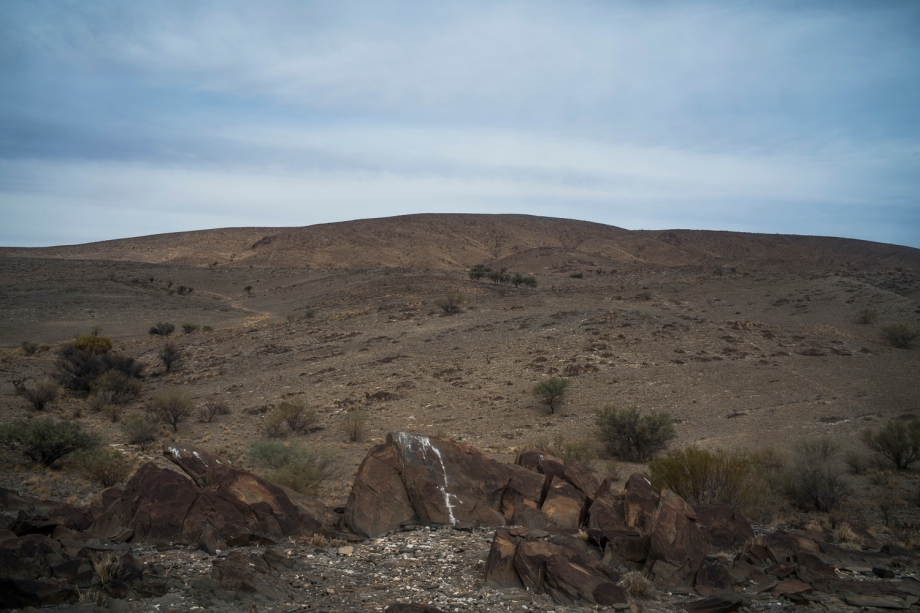 2 thoughts on “The camel trek solution”