As I have been going through my archives  I realised that my travelling along  the long road to the north did not start with the trip to Lajamanu as I had previously thought. I had actually been to Andamooka twice on roadtrips. The first road  trip to Andamooka was in the 1990s where I had made a few photos. I then returned to Andamooka around 2001 with Suzanne and we  stayed there for several days. I had  more  time to  photograph the landscape. 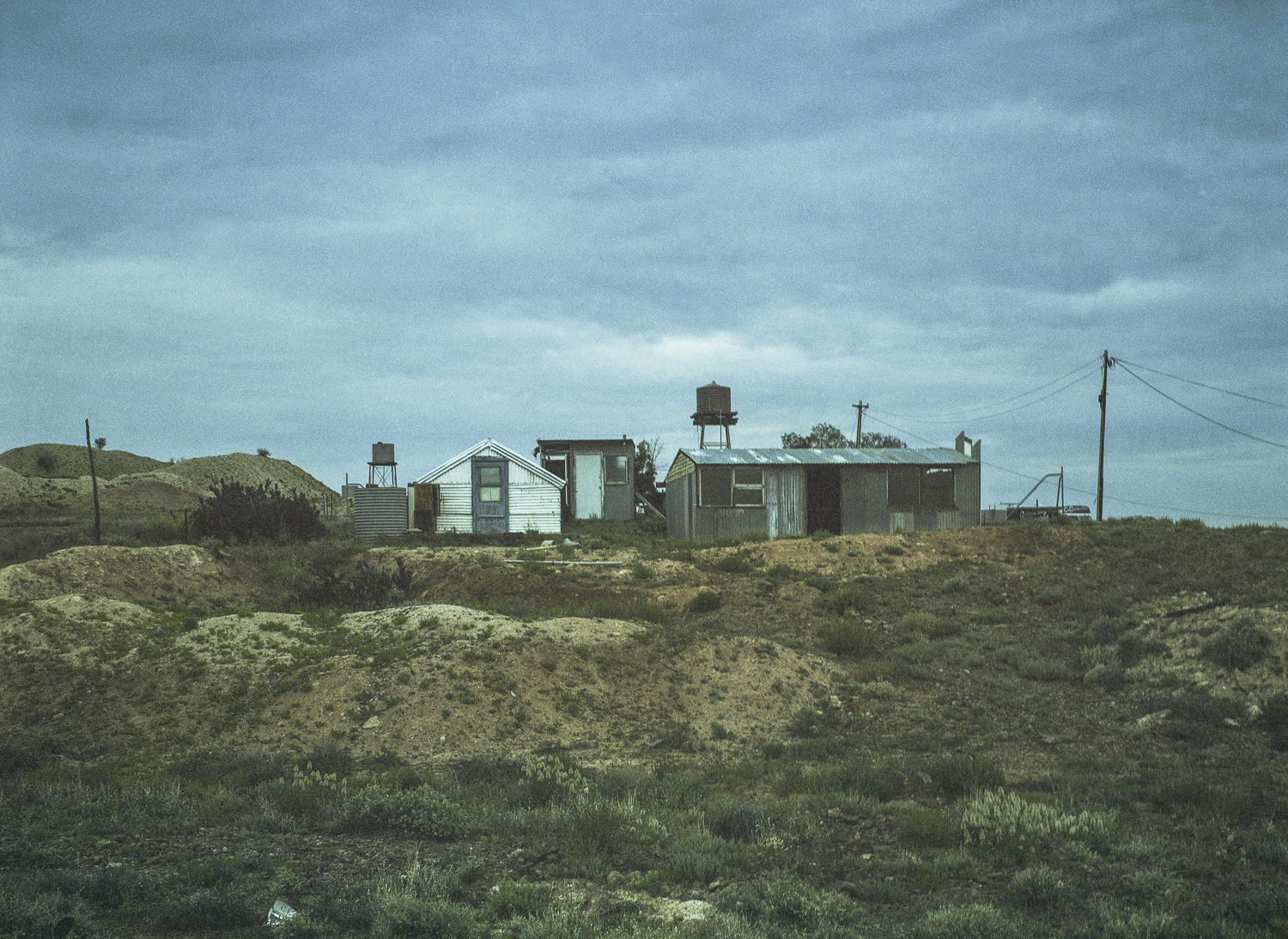 The above image comes from the earlier trip in the 1990s. This  was on my own–a road trip in the VW  Kombi. It was a basically break from writing the PhD on Heidegger at Flinders University of South Australia.   Judging from the archives only a few photos were made  on the 1990s roadtrip.

Most of the photos that I made in and around Andamooka came from the latter 2001  trip with Suzanne,  when I had more time to explore the township and  the various mine tailings that were scattered through out the landscape and the township itself.

However, there are some photos from the earlier 1990s  trip that have been sitting in the archive untouched, eg., this one. 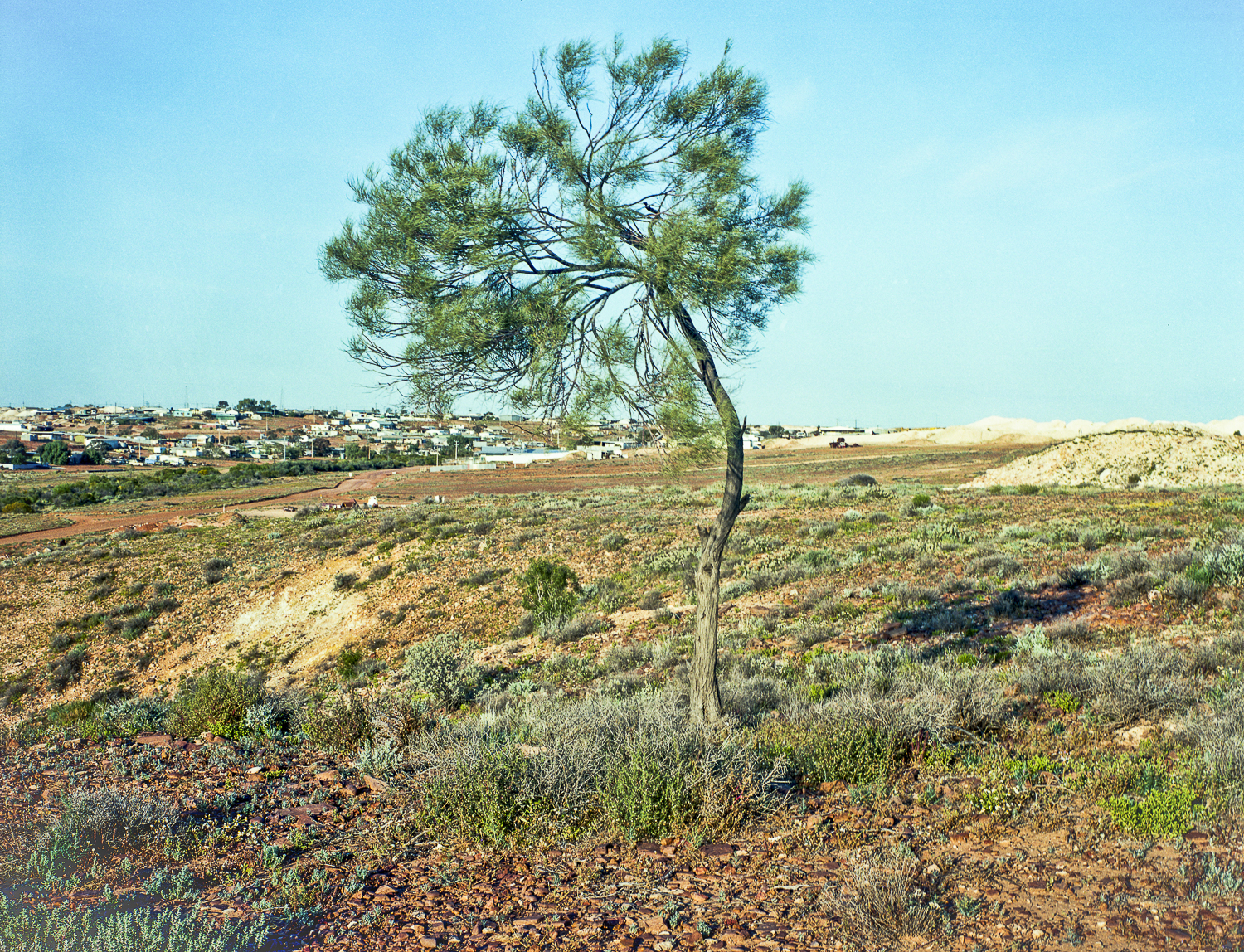 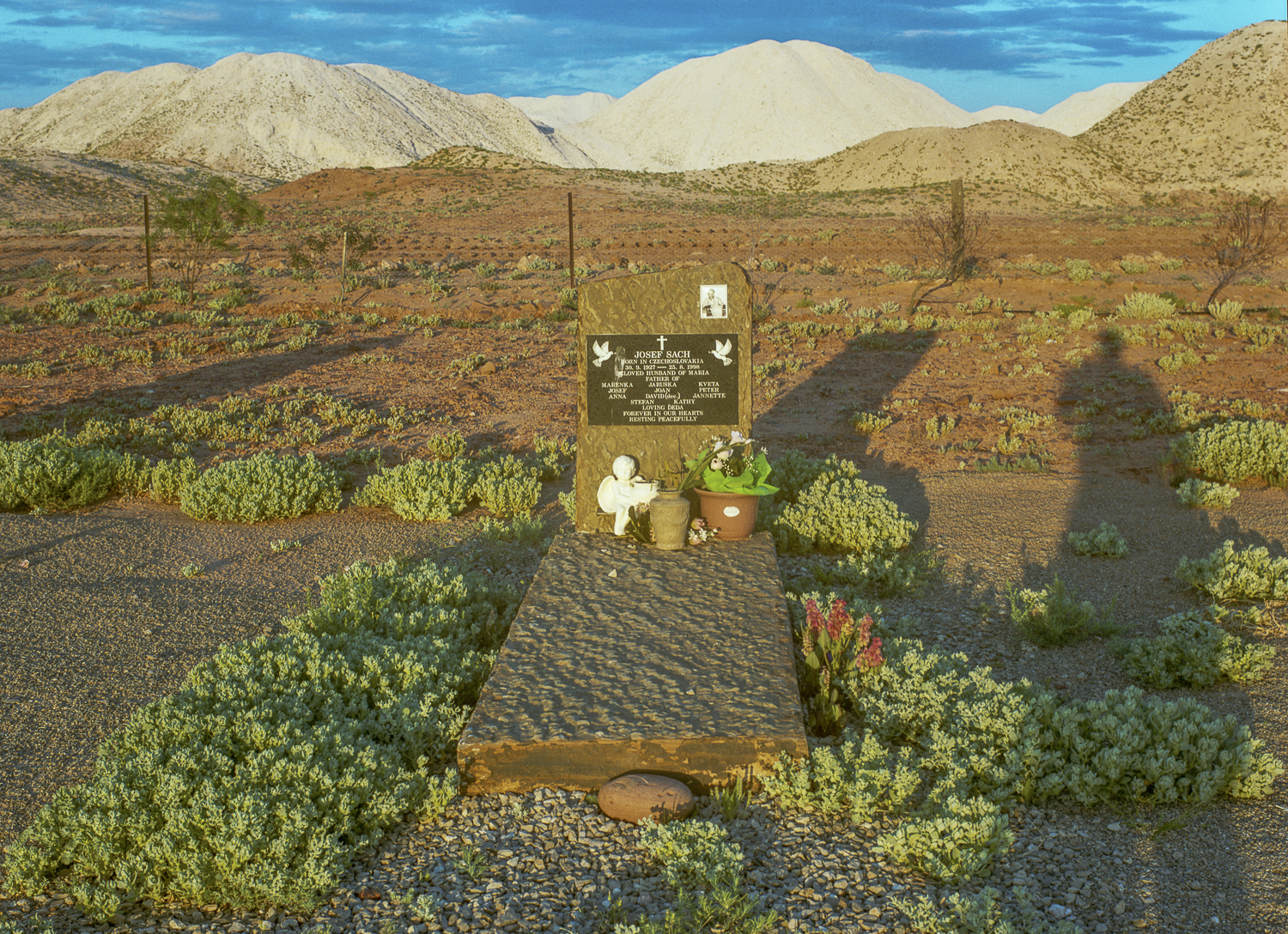 In the 1990s I was interested in making some kind of contact with the frontier of South Australia, which historically has been mining and pastoralism. The well known mining sites in South Australia were heritage ones, as they ( eg., the copper mines at Kapunda and Burra) were active in the mid-nineteeth century. Andamooka, however, looked to be a contemporary frontier.